The 7 Stages of Alzheimer’s Disease

Alzheimer’s disease is a progressive disease, developing slowly and gradually worsening, typically over a period of several years. It impacts memory, thinking, language, problem-solving, and even personality and movement as the disease progresses. While not everyone will experience the same symptoms, and the disease may progress at a different rate for each individual, there is a similar trajectory that most people follow as the disease progresses. The typical progression of Alzheimer’s disease may be broken down into three, five, or seven stages.

Prior to Diagnosis: No Dementia

In the first three stages of the seven-stage model, an individual is not considered to have dementia, as the symptoms are commonly associated with typical aging and are not typically noticeable by healthcare providers or family members. This is also known as Preclinical Alzheimer’s Disease.

Stage One : No Impairment

In this stage, a person with Alzheimer’s disease begins to experience the typical forgetfulness associated with aging. They may forget where they left their car keys or their purse. These symptoms are typically not noticed by the individual’s family members or physician.

Individuals in this stage experience increased forgetfulness as well as slight difficulty with focus or concentration. These symptoms may result in decreased work performance for those in the workforce, or for those who do not hold outside employment, they may experience decreased performance in ordinary household tasks such as cleaning or paying bills. They may get lost or begin to struggle to find the right words in communication.

In stage three, increased forgetfulness and decreased performance are likely to be noticed by the person’s family members. The average duration of stage three is approximately seven years prior to the onset of dementia.

Stage four comprises what is clinically described as early-stage dementia. A person with early-stage dementia (in stage four of the seven-stage model) will experience increased forgetfulness, often forgetting recent events, as well as difficulty concentrating, difficulty with problem-solving, and difficulty managing finances. They may have challenges when traveling to unfamiliar areas alone, and they may have difficulty performing complex tasks or organizing and expressing thoughts.

People in stage four may also be in denial about their forgetfulness and other symptoms, and as socialization becomes increasingly difficult, they may begin to withdraw from family and friends. In stage four, a healthcare provider can easily identify cognitive decline in an examination and interview with the patient. The average duration of stage four is approximately two years.

Stage five marks the beginning of mid-stage dementia, which continues through stage six.

Major memory deficiencies are present beginning in stage five, and people in this stage of the disease may require assistance with activities of daily living, such as bathing, dressing, and preparing meals. Memory deficits in this stage are severe, with individuals often forgetting prominent bits of information that affect their daily lives – such as their home address or phone number. They may not be able to identify where they are (orientation to place) or what time of day it is (orientation to time). Stage five lasts, on average, one and a half years.

Also known as Middle Dementia, stage six marks a period in which a person requires substantial assistance to carry out day-to-day activities. They may have little memory of recent events and forget the names of close friends or family members. Many people in stage six have limited memory of their earlier lives and will also have difficulty completing tasks or successfully exhibiting cognitive skills such as counting backwards from 10.

People in stage six may also begin to experience incontinence of bowel or bladder, and speech ability is often diminished. Significant personality changes may also be noticeable at this stage, as individuals may suffer from delusions, anxiety, or agitation. This stage lasts an average of about two and a half years.

The seventh and final stage comprises the final stage in the three-stage model: late-stage dementia.

Also known as Late Dementia, stage seven is the final stage in the progression of Alzheimer’s disease. At this stage, most people will have lost their ability to speak or communicate. They often require assistance with most of their activities, including toileting, eating, dressing, bathing, and other daily activities, around the clock. Because people in stage seven often lose psychomotor capabilities, they may be unable to walk or require significant assistance with ambulation. This stage lasts an average of two and a half years.

Alzheimer’s disease is a progressive disease that gradually worsens over a period of four to 20 years. On average, however, most people live between four and eight years following diagnosis. The progression of the disease may be different for each individual, but family members and caregivers should familiarize themselves with the typical stages that occur throughout progression. It’s a challenging road to travel for both the person with Alzheimer’s disease and those who love them, but knowing what to expect can help to ease some stress and uncertainty. 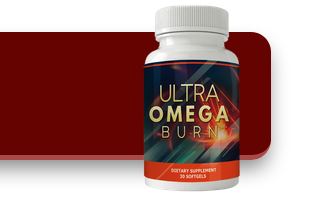